For Robert T. Healey Sr., Founder and Trustee, CSDP, “closing a deal” could be a reference to his latest business venture; but, then again, it might mean another Bishop has agreed to initiate a dynamic, strategic model for ensuring that even more Catholic schools will remain viable and accessible. (See related article Diocese of Camden Embraces CSDP Approach.)

The revitalization of Catholic schools has become Bob’s personal ministry as well as an entrepreneurial challenge requiring all invested stakeholders to “think outside the box.”

“Why must elementary and diocesan schools survive, and why are charter schools not the answer?” Bob asks. “To Catholics particularly, the main issue is in the education of their children and the basic training in Christianity – love God, love one another.” Bob credits his own determination to so many other good people who love Catholic schools and have dedicated their lives to them but have not been able to single-handedly address the problems without a change in business culture. “We have a time clock on saving these schools and helping them become self-sustaining,” he said. “We’ll get it done. With the Blessed Mother and the Holy Spirit, we’ll get it done.”

“I knew if we started to open doors, things would happen. And they have.” — Robert T. Healey Sr., Founder

The CSDP approach executes boldly and strategically on what other leaders in Catholic education have recommended: “It is time to recover our nerve and promote our schools for the 21st century….American Catholic schools need to be unabashedly proud of their proven gritty ability to transmit faith and values to all their students,” wrote the Most Rev. Timothy M. Dolan, Archbishop of New York, in a September 2010 article for America, the National Catholic Weekly. “…. To re-grow the Catholic school system, today’s efforts need to be rooted in the long-term financial security that comes from institutional commitment through endowments, foundations and stable funding sources and also from every parish supporting a Catholic school, even if it is not ‘their own.’” 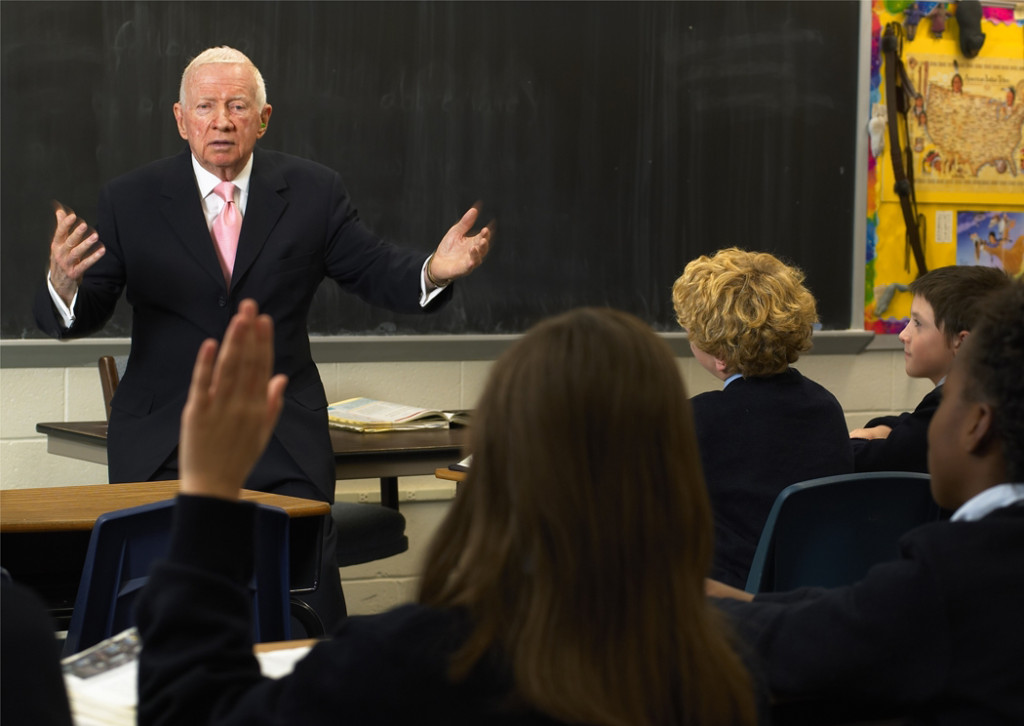 Robert T. Healey Sr., Founder, in a Diocese of Camden school classroom when the Foundation began under the name Catholic School Development Program

Many would say Bob has embodied the required “nerve” that the author and church leader prescribed. Inspired several years ago after a meeting with two sisters at St. Francis de Sales School in Philadelphia, he was convinced that elementary schools, as the feeder institutions in the broader Catholic educational system, warranted full attention. “Once that focus for CSDP materialized, I didn’t have much patience for the claim, ‘We need another study,’” he said. “I am not the world’s greatest diplomat, and every so often others tell me to ‘calm down.’ But I knew if we started to open doors, things would happen. And they have.”