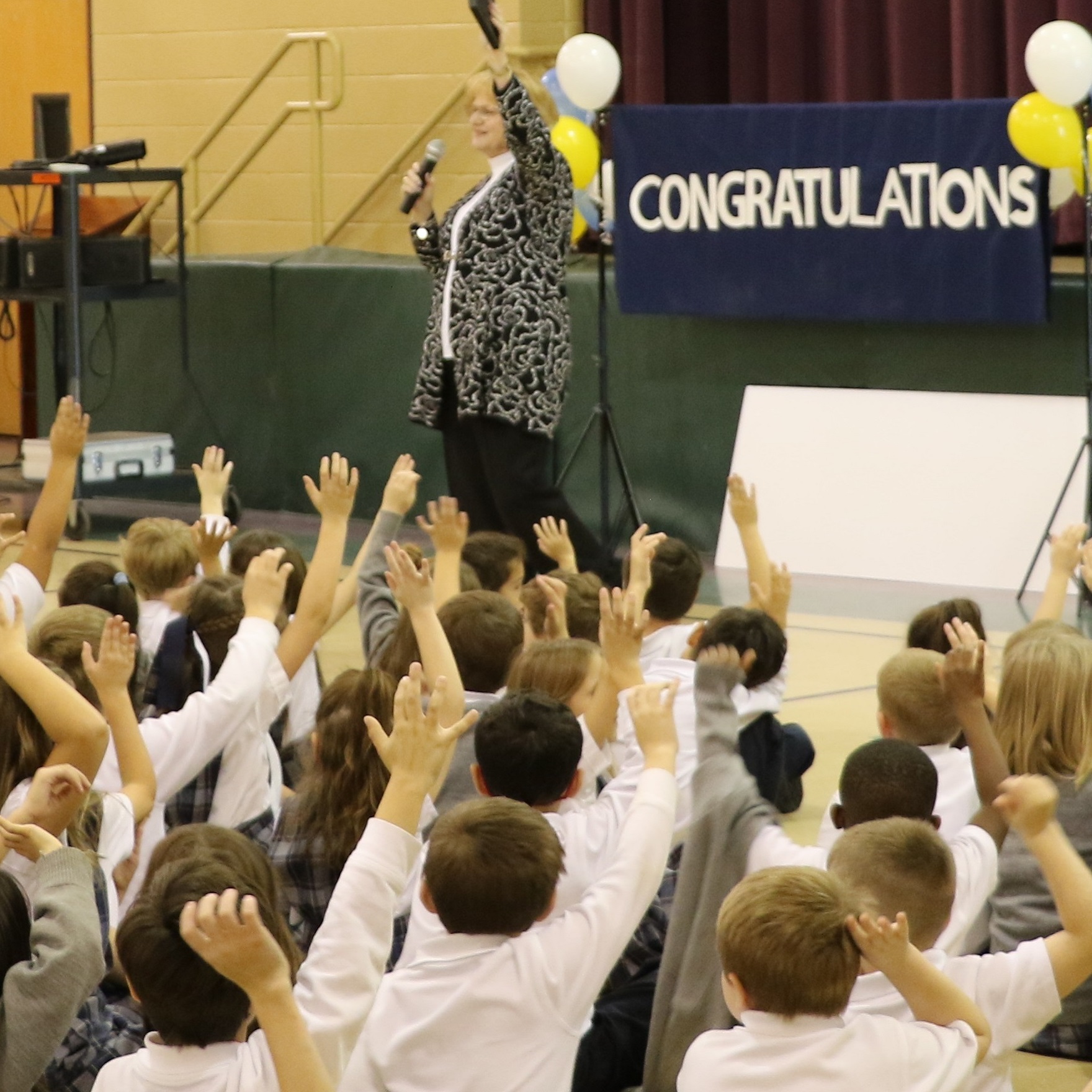 We had so much to celebrate at SAGE. Catholic schools are owning their own futures.

In 2018, nine schools in six dioceses received School Advancement Grants for Excellence (SAGE). The SAGE awards ceremony and networking experience empower and strengthen the resolve of the community working to revitalize and rejuvenate pride in Catholic schools.

In the six years since the premier SAGE event, the Foundation has worked with partner schools to implement enrollment strategies that have impacted 62,000 children. In that same timespan, with the Foundation’s help, partner schools have raised more than $20 million in mission-based revenue through their annual funds.

In addition to naming the SAGE winners, the Healey Education Foundation celebrated a range of other achievements:

Owning Their Future from Healey Education Foundation on Vimeo.

Photo Above: Celebrating at St. Philip Neri School (Linthicum Heights, MD). After partnering with the Healey Education Foundation in 2015, St. Philip Neri’s enrollment has increased by 24%, and the school has seen its new Annual Fund rise to more than $75,000 in unrestricted dollars in just 3 years. For its impressive turnaround efforts, the school received the $15,000 Founder’s Award for entrepreneurial spirit in action. St. Philip Neri also received Healey’s highest honor in the development awards category – $5,000 for highest percentage growth (50%) in annual fund for a current partner school.