In its sixth annual awarding of School Advancement Grants for Excellence (SAGE), the Healey Education Foundation team went On the Road to deliver prize money as the organization’s senior executives revealed the winners online via a Zoom video conference. Robert T. Healey Sr., Founder, and Christine L. Healey, President, announced the recipients of $50K total in merit-based awards as partner school principals, advancement staff, board members and other hopefuls in 29 eligible schools tuned in remotely at 12:30 p.m. on Thursday, November 8. The awards recognize significant improvement in enrollment and fundraising as well as innovation by the Foundation’s partner schools.

In three years working with the Healey Education Foundation, St. Philip Neri progressed beyond implementing the Healey advancement approaches to learn from others and adopt innovations in 21st century learning. Through a partnership with Notre Dame of Maryland University, the school participated in the Academy of Catholic Educators (ACES) program to inspire and equip teachers to take full advantage of technology in the classroom and a new Maker Space lab. The school’s results included a 12% enrollment growth from 365 to 410 over the prior year and a 25% increase since its partnership with Healey began. 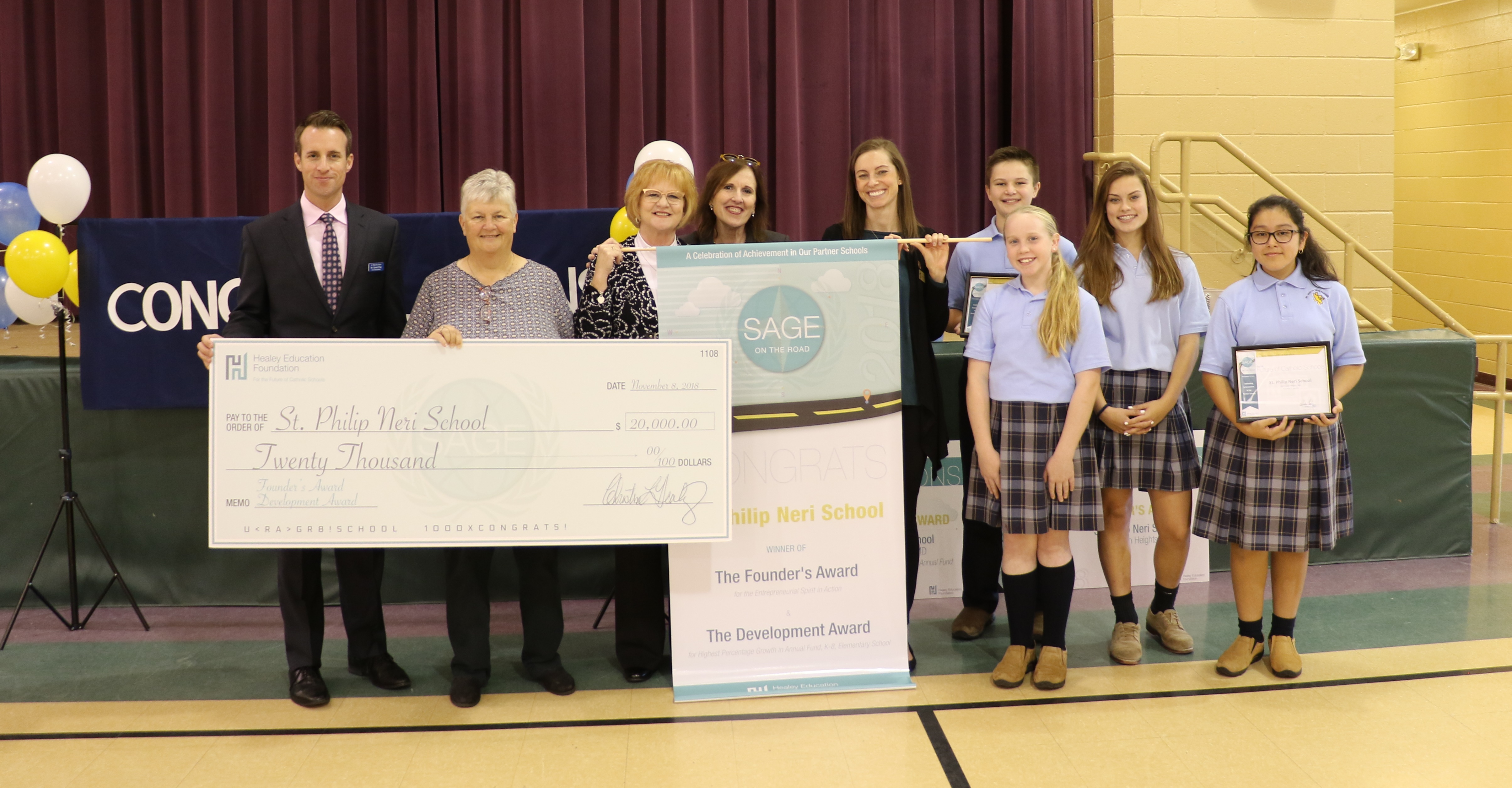 “In this transition year for our program, we’re excited to continue to acknowledge the achievements of our partner schools,” said Christine L. Healey, President, Healey Education Foundation. “To make SAGE even more amazing, we’re creating a future event that better engages our alumni schools, creates community around learning experiences, and also celebrates successes.” The Foundation successfully tested a learning component at SAGE 2017 with the addition of an afternoon presentation, panel discussion and Q&A titled The Visionary Board: Leading Your Catholic School Due North. 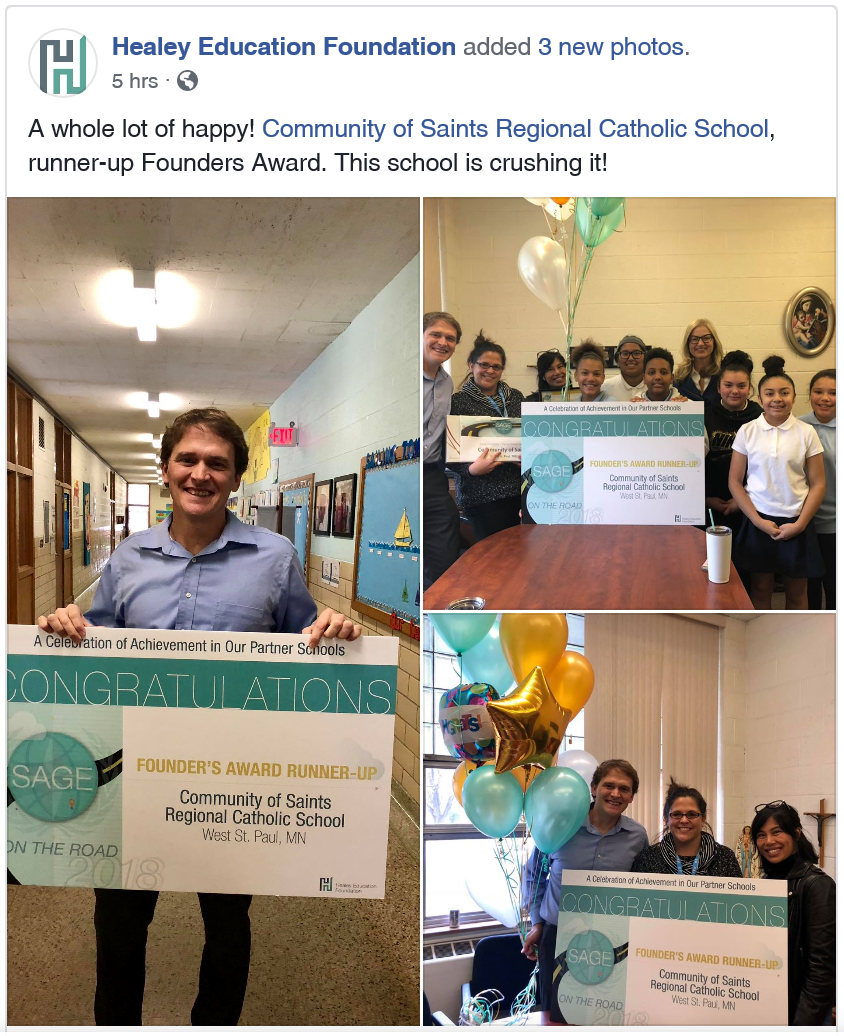 This year, 29 schools in six dioceses were eligible for SAGE Awards. Community of Saints Regional Catholic School (West St. Paul, MN), one of two runners-up for the Founder’s Award, was visited by Healey Director of Schools Lisa Anderson to deliver congratulations and prize money.

Healey Education Foundation, a 501(c)(3) nonprofit, invests in PK-12 Catholic schools. The Foundation provides a high-impact program delivered through a coaching relationship with dioceses and schools that are ready to embrace change. Healey’s work For the Future of Catholic Schools empowers grant recipients to deliver sustainable results through effective governance, enrollment management and development. Since its establishment in 2004, the Foundation has grown to serve 79 elementary and high schools across six dioceses in Delaware, Maryland, Minnesota, New Jersey and Pennsylvania. The Foundation also co-founded and continues to support the Catholic Partnership Schools in Camden, NJ, through board participation and an annual grant.

The SAGE awards ceremony and networking experience empower and strengthen the resolve of the community working to revitalize and rejuvenate pride in Catholic schools. In the six years since the premier SAGE event, the Foundation has worked with partner schools to implement enrollment strategies that have impacted 62,000 children. In that same timespan, with the Foundation’s help, partner schools have raised more than $20 million in mission-based revenue through their annual funds.