The Healey Education Foundation awarded $50,000 tonight for excellence in enrollment management and fundraising by Catholic schools. The awards were presented at the Foundation’s fourth annual Celebration of Achievement attended by 248 guests at the Union League of Philadelphia. 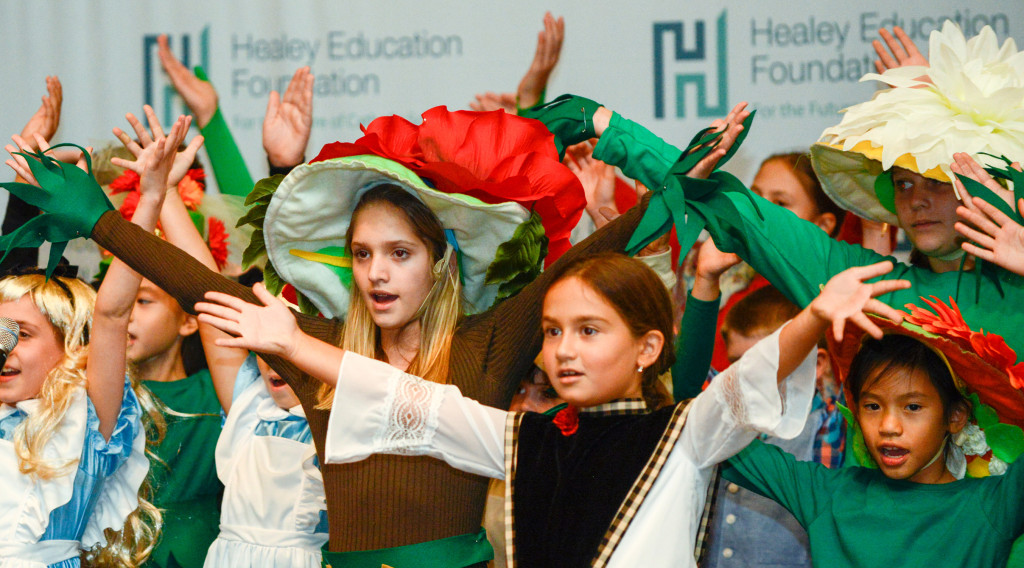 More than 40 student performers from St. Mary School (Vineland, NJ) entertain guests at the program’s opening. Their final number: “I Want to Set the World on Fire.”

The Reverend Daniel R. J. Joyce of the Society of Jesus spoke at the event. Father Joyce is Executive Director of Mission Programs and Director of the Alliance of Catholic Education at Saint Joseph’s University. He is also a Senior Fellow in The Program for Research on Religion and Urban Civil Society at the University of Pennsylvania.

“Catholic schools have over decades helped shape good citizens,” Father Joyce said. “They give our children a spirituality that allows them to be self-possessed but not too proud.” 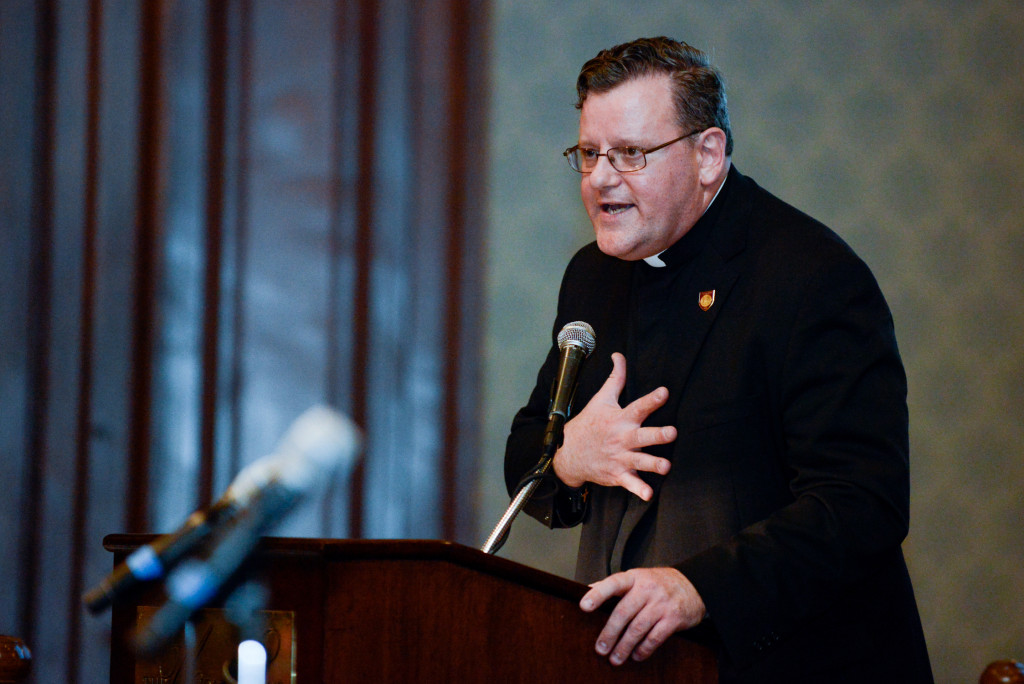 Rev. Daniel R. J. Joyce, S.J. addresses SAGE 2016 attendees. He stressed the need for involving a wide variety of people in the generative process required to create tomorrow’s opportunities in Catholic education. “We need to keep widening our circle,” he said.

He spoke of the need to “make the case for what we do in Catholic schools,” suggesting a more intentional approach to telling the story of Catholic education “with a little more tenacity than we have in the past.”

The evening began with a musical performance by students of St. Mary School (Vineland, NJ), recipient of the 2015 Founder’s Award. The Foundation’s newest partners in Saint Paul and Minneapolis were featured via a video of the Mass of the Holy Spirit, sponsored and planned by the Catholic Schools Center of Excellence (CSCOE).

Lisa Anderson, Director of Schools who had recently begun work with schools in the Twin Cities, was welcomed by Christine Healey, President of the Healey Education Foundation. 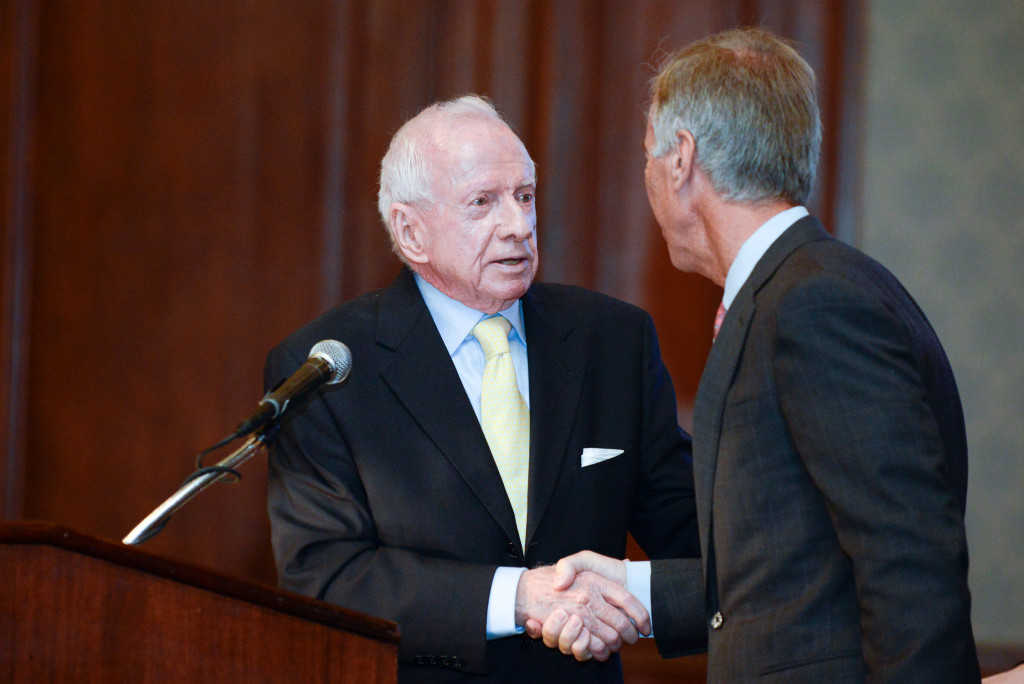 Robert T. Healey, Founder and Trustee, shared stories of his youth and acknowledged “the cause people” in the audience before presenting the Founder’s Award. The organization’s CFO, Rick DeCarolis, then closed the event with a prayer. 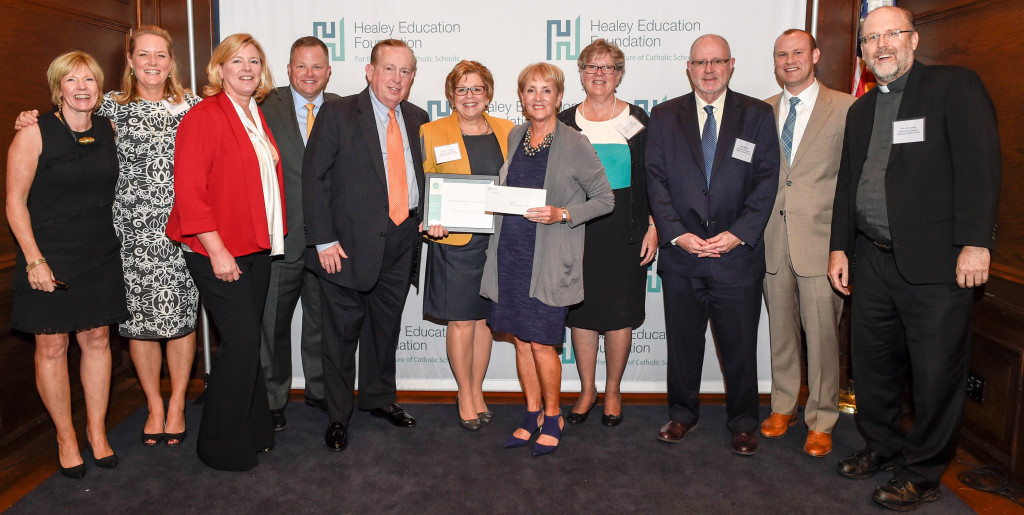 The Healey Education Foundation invests in PK-12 Catholic schools. A 501(c)(3) nonprofit, the Foundation provides a high-impact program delivered through a coaching relationship with dioceses and schools that are ready to embrace change. Healey’s work For the Future of Catholic Schools empowers grant recipients to deliver sustainable results through effective governance, enrollment management and fundraising. Since its establishment in 2004, the Foundation has grown to serve more than 60 elementary and high schools across five dioceses in New Jersey, Pennsylvania, Maryland and Minnesota.