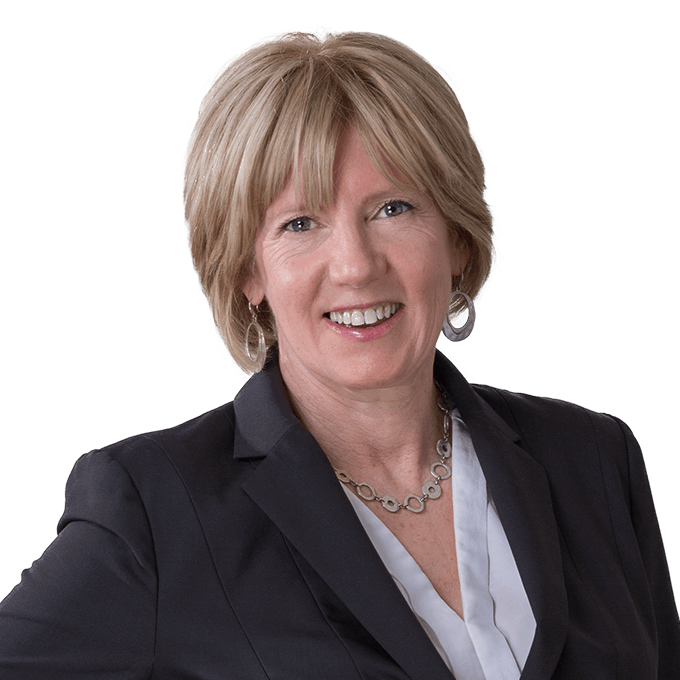 Christine L. Healey is a senior executive with strategic and operational leadership experience in the management of nonprofit organizations. Beginning in 2001, Christine and her father, Robert T. Healey Sr., established several foundations to benefit children and families.

As their work expanded and produced meaningful and measurable results, Christine instituted and developed the foundational structure for the family’s philanthropic interests. Today, the foundations include the Healey Education Foundation, Children’s Resource Center, Gleneayre Equestrian Program and the Healey International Relief Foundation.

Christine serves as president of the Healey Education Foundation focused on the sustainability and growth of Catholic schools. Under Christine’s leadership, the Foundation has invested in more than 115 elementary and high schools across eight dioceses in Delaware, Maryland, Massachusetts, Minnesota, New Jersey and Pennsylvania.

Christine also co-founded and chairs the board of the Catholic Partnership Schools, a new approach to Catholic urban education through which five once-separate and parish-based elementary schools are now administered by a single non-profit entity. She co-founded We Can Do Better New Jersey in 2010 to advocate for school choice throughout the state.

In 2013, Christine Healey received the Saint Joseph’s University Ratio Studiorum Award for exceptional leadership of collaborative efforts to improve educational systems and make a contribution to the future of high-quality, competitive Catholic education.

Prior to her role as president of the Healey Education Foundation, Christine gained considerable healthcare management and policy experience. She began working in critical-care nursing over an eight year period and then moved into health administration, working for the U.S. Public Health Service’s Federal Occupational Health division. Over the next eight years, her responsibilities ranged from senior management for clinics throughout a six-state region to a national role as account executive for disability management services.

Christine holds an MS from Saint Joseph’s University and a BS in nursing from Georgetown University.

“ As philanthropists, we walk with the schools we serve. We experience the issues and problems that Catholic schools are facing on the ground. We are constantly challenging our own assumptions to build the best process possible to achieve Catholic school sustainability.