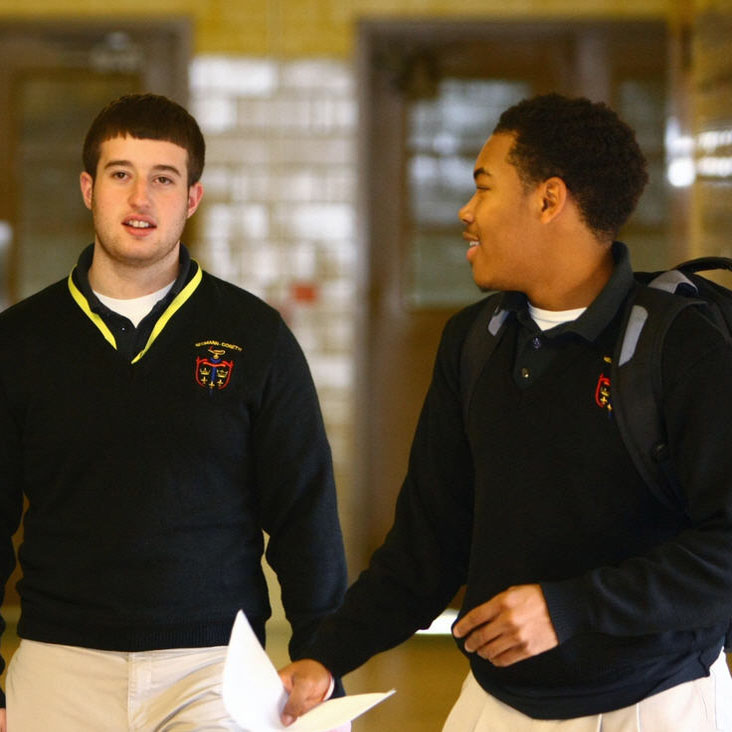 Neumann Goretti High School has raised the bar for teachers and students. The school is now winning in academics as well as athletics. Enrollment is up.

Saints John Neumann and Maria Goretti Catholic High School (Philadelphia) is delivering another banner year. The 2016-17 boys and girls basketballs teams both again won PIAA state championships (the fourth consecutive year for the boys; the third for the girls).

Only two years into the school’s transformation, victories also abound in today’s vibrant classrooms and calmer corridors. Inconsistent expectations for learning outcomes have been replaced. The new status quo: a culture of respect, rigorous academics and increasing investment in a Catholic co-ed college prep school.

Bruce Robinson left retirement in 2014 to accept the Archdiocese of Philadelphia’s biggest school turnaround challenge and serve as President of Neumann Goretti. The school’s enrollment of 450 students represents a decline of over 60% in the last decade.

His journey started with listening—to students, parents, faculty, alumni and community members. Many felt disenfranchised and dissatisfied. Change had to happen quickly.

“If a school is in a tailspin financially and enrollment-wise, not many people will feel excited about being part of a losing proposition.... People like to bet on a winner.” 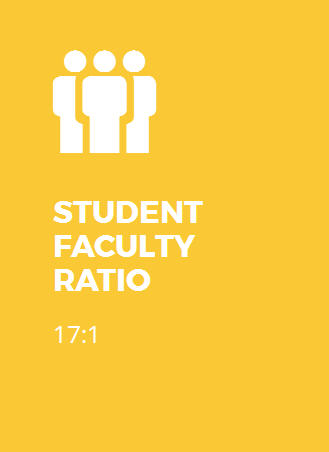 “We’re now able to tell the story that we are serious about education, that we have instilled a rigorous academic environment into the school,” Robinson said. “When people can say, ‘Wow, look at all the good things that are happening at Neumann Goretti,’ they feel good about being part of that. And I think that’s where they are today.”

As he transitions from the role of President and continues serving on the Board of Directors in the coming months, Robinson will help ensure that the long-term vision for the school is realized. The Board has committed to ongoing development of Neumann Goretti to advance capacity, capabilities and outcomes.

Neumann Goretti was the characteristic Catholic inner city school facing challenges of changing demographics and a new economy. The school’s cultural shift spanned organizational changes, the hiring of new teachers and introduction of innovative professional development and renewed relationships with parents and alumni. Neumann Goretti also established a new Board of Directors and more strategic outreach for enrollment and development. 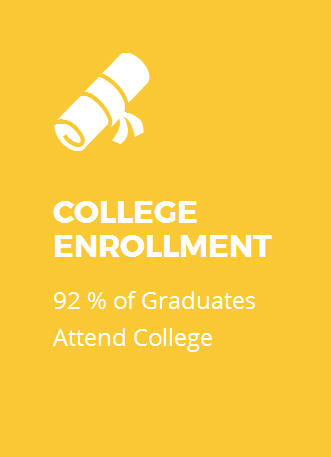 Among the achievements reported in a recent update from the Board and the Archdiocese of Philadelphia:

A year into its work with Neumann Goretti via the partnership with Faith in the Future, the Healey Education Foundation selected the high school as recipient of its Founder’s Award for entrepreneurial leadership in implementing the Advancement Methodology. The school also achieved the highest percentage growth in enrollment by a Healey partner high school for the 2016-17 academic year, at 5.2%.

Taking Enrollment on the Road 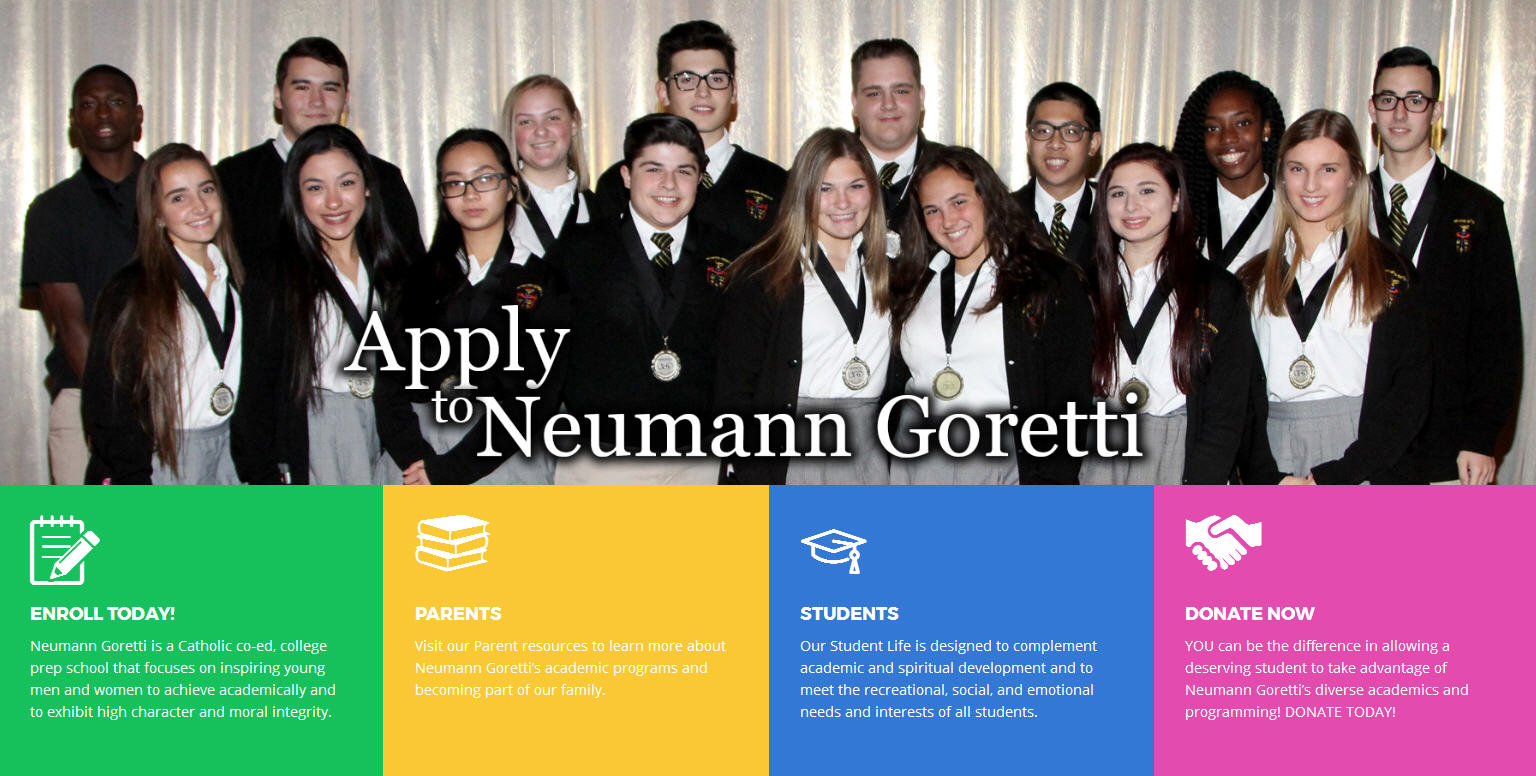 The school President and Admissions Director have been visiting more schools in an extended area than traditionally. After these initial visits, Neumann Goretti offers additional events that help build a relationship between the school and families. These include:

Scholarship/Entrance Exams: In a typical situation, parents would pay roughly $50 for the entrance exam, bring their child to the school on a Saturday morning and then wait several weeks for results. Neumann Goretti takes the Scholarship/Entrance Exam to the grade schools for free, during the school day, to as many students who would like the opportunity. Results are sent three days later.

Based on these efforts and current enrollment data, Neumann Goretti anticipates a continued upward trend.

“Neumann Goretti’s leaders are true entrepreneurs. The extra time and resources invested in connecting with prospective students make a difference.”