In receiving the Founder’s Grant on behalf of his school, Steven Hogan, Principal of St. Mary School, spoke of his work not as a career, but as a mission. “I truly feel my role is a vocation – I’ve always approached it that way,” he said. Hogan thanked Healey staff and Robert T. Healey, Founder and Trustee, for the opportunity “to make it all possible, to grow Catholic education in a very strategic manner and really lay the groundwork for future generations.” 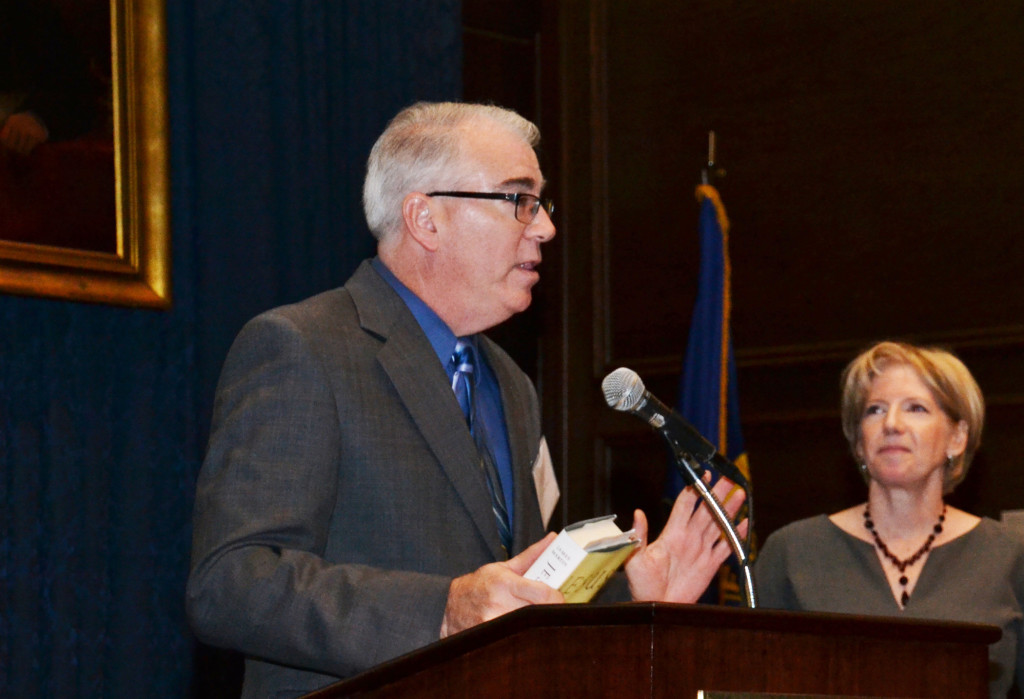 He also acknowledged the school’s Advancement Director, Carol Kirchman, saying, “Believe me, I don’t do most of the work….As any principal out there knows, none of this is possible without an incredible AD, and that’s what Carol is.”

Christine Fannick, Advancement Director, Trinity Academy, later said, “To know that we are making a difference in children’s lives is incredibly rewarding. Receiving those two awards validated that.”

About 230 guests, including diocesan officials, pastors, school principals, and school advancement, development and admissions directors, attended the October 8 event at the Union League of Philadelphia. This year’s awards were co-sponsored by The Topper Foundation and Connelly Foundation.

The Bell Choir from St. Anthony of Padua School in Camden, NJ, set a joyful tone for the event. Later, New York Times best-selling author Rev. James Martin, S.J. inspired the audience with poignant and powerful stories of his years as a priest and of Jesus as a teacher.

Christine Healey, President of the Healey Education Foundation, said that she was very happy that the SAGE Awards event has been growing steadily over the past few years. The Healey Education Foundation works with archdioceses or dioceses, funding partners and Catholic schools, which in turn helps more than 13,000 children in the region. The Foundation helps schools to help themselves by working with a three-facet business model – governance, mission-based fundraising and enrollment management.