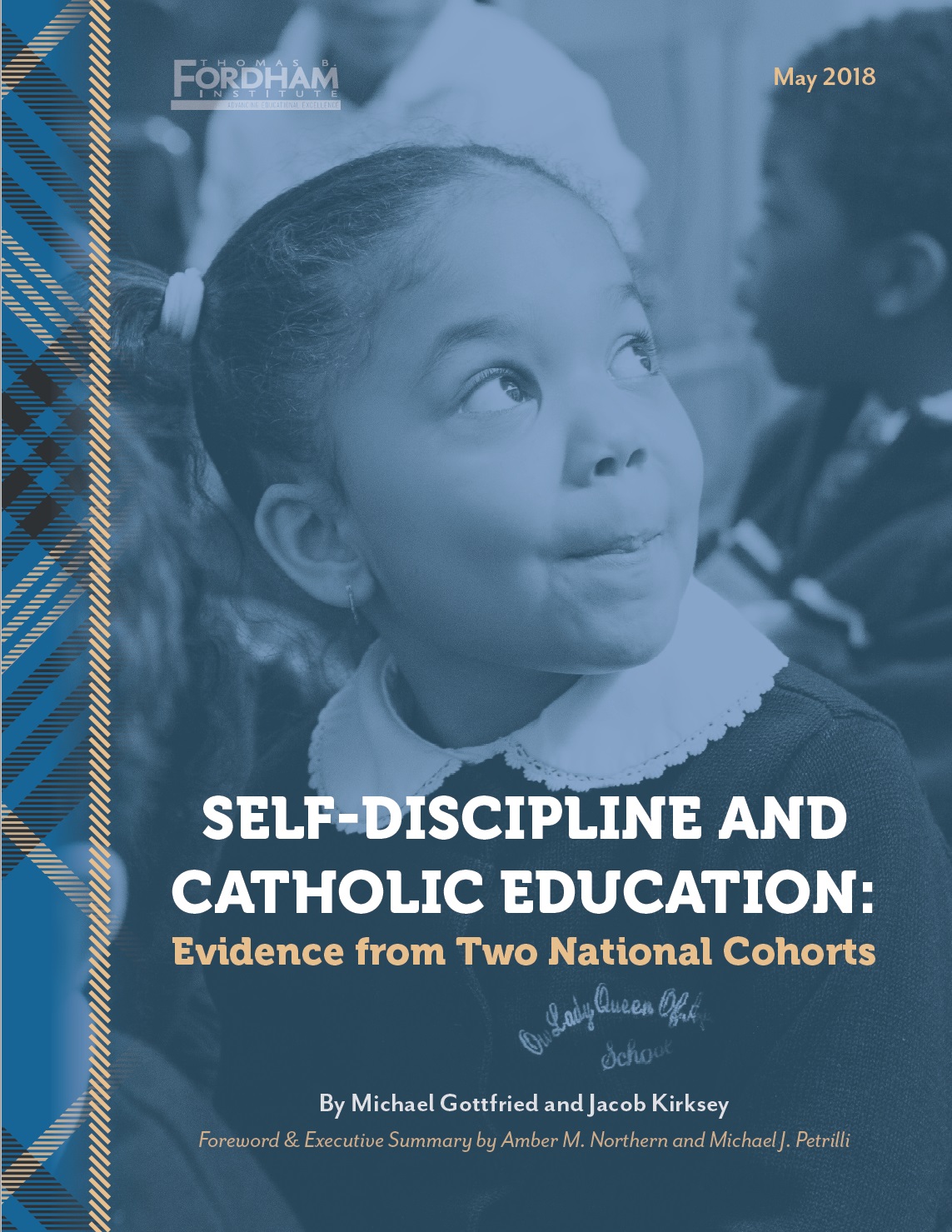 Michael Gottfried, Associate Professor at the University of California, Santa Barbara (UCSB) and Jacob Kirksey, a doctoral student at UCSB, helped analyze the data and co-wrote the report. Gottfried and Kirksey analyzed two waves of nationally representative data on elementary school students that were collected as part of the Early Childhood Longitudinal Study, Kindergarten (ECLS-K).

The report was made possible through the support of the Lynch Foundation and the Healey Education Foundation, both FADICA members, among other organizations.

Religion can mold hearts and minds in ways that suspensions, restorative justice, and Positive Behavioral Intervention and Supports (PBIS) can’t begin to match. That doesn’t mean that such secular approaches—and schools—don’t have their place. Of course they do. And so do character education, ethics classes, and civics, all of which can contribute to the development of self-discipline. School leaders should choose the options that best suit their kids and culture. That said, our results suggest that Catholic schools in particular are doing something meaningful in the realm of self-discipline. — Executive Summary, Self-Discipline and Catholic Education