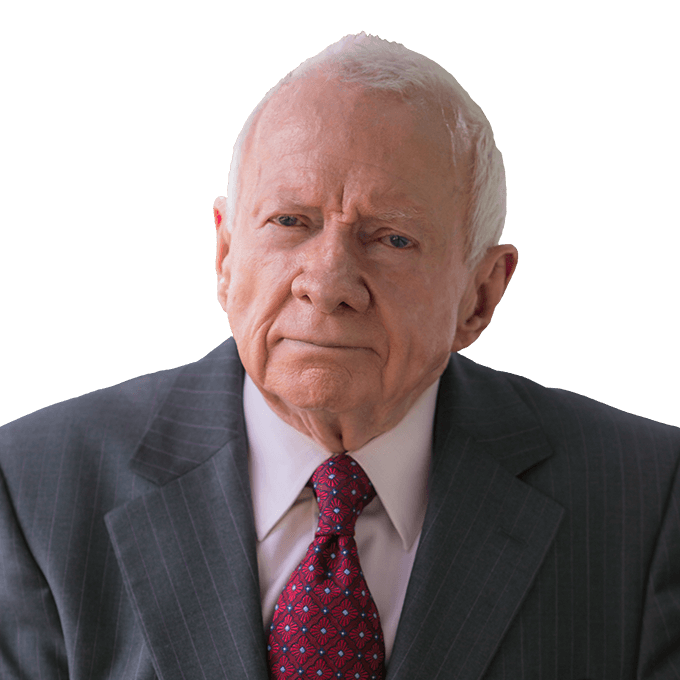 Robert T. Healey Sr., a lawyer and CEO who has founded and led successful companies and business ventures, has brought his entrepreneurial spirit to a range of philanthropic endeavors over 25 years. A lifelong commitment to his Catholic faith has inspired Bob to devote considerable time and resources toward achieving growth in Catholic schools. 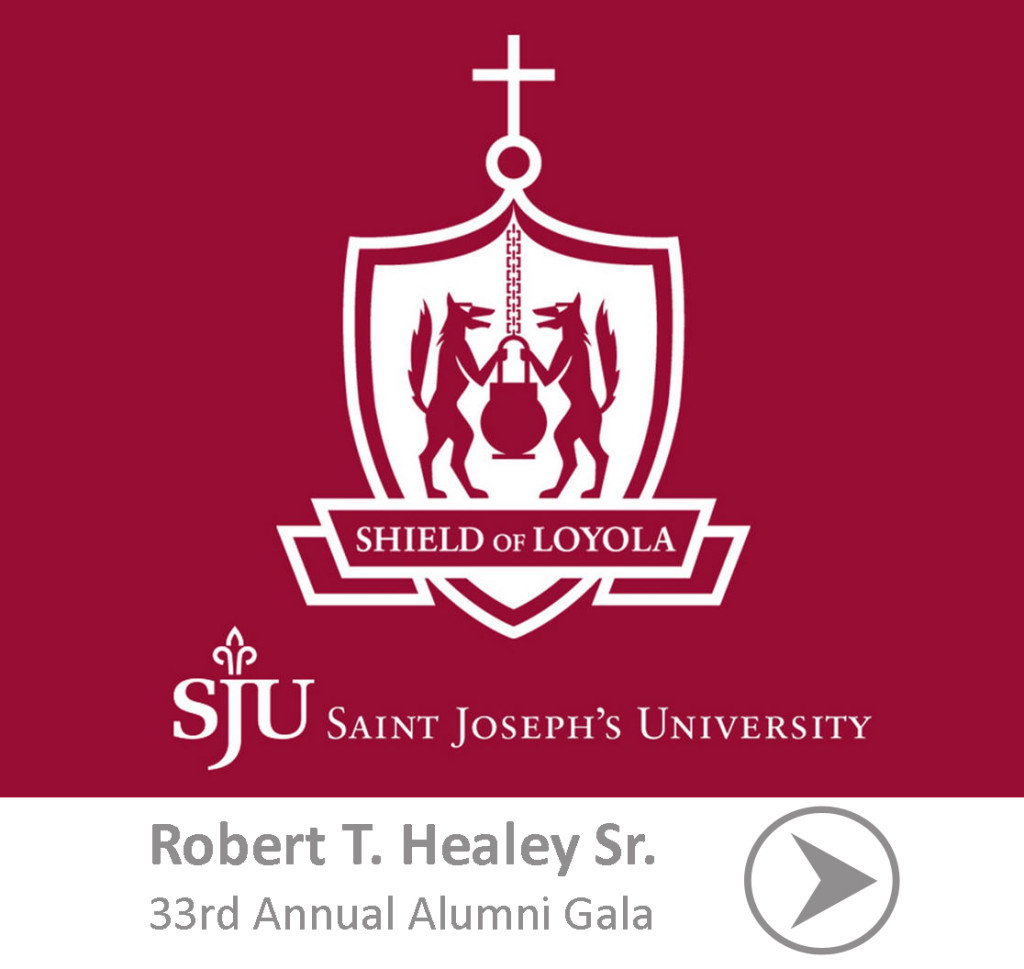 Robert T. Healey Sr. is a recipient of the Saint Joseph’s University Shield of Loyola. The SJU Alumni Association’s most prestigious honor, the Shield of Loyola is awarded to a distinguished alumnus who has had remarkable success in their profession, whose life reflects the values of St. Ignatius Loyola and who has demonstrated unparalleled loyalty to the University.

Born in Atlantic City, NJ on Saint Patrick’s Day 1929, Bob is the third of four sons. He and his brothers were raised, in Bob’s words, “in five or six different towns…. We went to five or six different school systems before we got to high school.” Two of those elementary schools were the Diocese of Camden’s St. Rose of Lima Catholic School in Haddon Heights and St. Joan of Arc Catholic School in Fairview. All four brothers attended and graduated from Camden Catholic High School.

Bob continued his education to receive a BS in political science from Saint Joseph’s University and a JD from the University of Pennsylvania School of Law.

In addition to practicing law for 25 years in New Jersey’s state and federal courts, Bob joined his brother, Bill, in founding Viking Yacht Company. With Bob concentrating on the financial and business aspects and Bill focusing on design, engineering, production and performance, the brothers grew their partnership into the Viking Group, comprising the Viking Yacht Company, Viking Sport Cruisers and five other marine businesses. They also diversified into the development and management of commercial and residential real estate, financial investments and money management, as well as oil and gas exploration and production.

Bob has founded four charities: the Healey Education Foundation, Children’s Resource Center, Gleneayre Equestrian Program and the Healey International Relief Foundation. He considers the revitalization of Catholic schools to be his personal ministry and eventual legacy.

In addition to developing and rolling out a successful advancement methodology for Catholic school sustainability, the Healey Education Foundation had co-founded a successful new model of urban Catholic education, the Catholic Partnership Schools, in Camden, NJ. Bob’s interest in education and reversing the impact of poverty has extended to schools built in Ladrillera, Mexico, and to orphanages and medical facilities in Sierra Leone via $9 million in assistance raised and provided through the Archdiocese of Freetown and Diocese of Bo.

Bob has received the NCEA’s St. Elizabeth Ann Seton Award and the Saint Joseph’s University’s Alumni Association Shield of Loyola. Both acknowledge his philanthropic work and leadership in helping communities preserve and enhance Catholic education. Along with his family, Bob was also named a 2013 Ernst & Young Entrepreneur of the Year in Greater Philadelphia.